Berita » Nasional » CKRA Directors reported to the FSA and the Police

JAKARTA – Directors of PT Chakra Mineral Tbk (CKRA) reported to the Financial Services Authority (FSA) and Central Kalimantan Police on suspicion of embezzlement, accounting manipulation and misleading investors.
Director of CKRA, Boelio Muliadi, we are accountable also in the District Court of Palangkaraya, with regard to the two mining companies zirconium, PT Takaras Inti Lestari (TIL) and PT Murui Jaya Perdana (MJP), said the lawyer, Jefferson Dau, Wednesday (9/11 / 2016).
Jefferson said, CKRA has made a report to the stock exchange authorities in 2014, that CKRA has acquired TIL-MJP. But in fact, CKRA did not pay to be valid accounts for 55 percent of TIL-MJP.
The shareholders of TIL-MJB had driven Boelio Muliadi and Aaron Abidin to sign an agreement to exchange shares (swap). To master a 55 percent stake TIL-MJP, paid by 330 million shares CKRA.
From CKRA 330 million shares, 165 million shares to shareholders of TIL-MJP, 165 million shares for Aaron Abidin.
As per the agreement, Aaron Abidin had to pay 165 million lembat CKRA shares to shareholders in the form TIL-MJP five mining companies.
“But until now Boelio not perform the obligation, and the five companies used Aaron Abidin to pay TIL-MJP, it was not hers. TIL-MJP really become a victim, “said Jeffrson.
CKRA then make misleading accounting engineering, ie by increasing the capital of TIL, which led to the existing shareholders have to pay taxes as a result of the capital increase pretend.
Fraudulent practices which do Boelio Muliadi and Aaron Abidin, who were assisted by two Directors CKRA Argo Trinandityo and Dexter Sjarif Son, we report it to the Police Central Kalimantan, and also we will report to the Chief of Police, clear Jefferson.
Realizing been treated cheaters in exchange of shares between TIL with CKRA, shareholders MJP then taking tactical steps that CKRA failed to control the MJP.
They bagged the agreement to exchange 55 percent stake in TIL, but it was not valid, because until now our clients have not received payment in the form of 165 million shares CKRA. So CKRA has deceived the FSA and investor, said Jefferson.
Jefferson stated, the Board of Directors CKRA have hidden any dispute relating to the ownership of TIL and MJP. Directors CKRA misleading FSA and investors, as it has a 55 percent stake TIL-MJP, but it is not true.
Directors CKRA also deliberately inflated the value of assets by consolidating CKRA TIL-MJP accounts in the financial statements and overstate CKRA paid up capital of both the mining company.
According to Jefferson, fraud committed by directors CKRA, has disrupted the performance of the stock market, damaging the interests of public investors and damaging the international image of Indonesia Stock Exchange (BEI).
We expect in-depth investigation by the FSA, then announced the results of the investigation to shareholders and the public, said Jefferson.
Meanwhile, when confirmed Boelio Muliadi reluctant to explain, about reporting him to the police and the FSA. 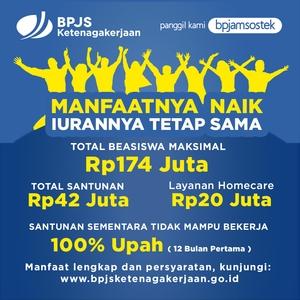